Home > Who Are We? > Kingdom Partnerships

We recognize ourselves as simply one small part of the greater body of Christ, the church, which is a part of the Kingdom of God.  We value the Ephesians 4:11 gifts that God has given to the church, and acknowledge the importance of being accountable to, and receiving ministry from these gifts.  We have planted Heartlands Church in partnership with the New Covenant Ministries International (NCMI) trans-local team together with other apostolic fathers that we value and respect . We have been sent out from Northpoint City Church and maintain a partnership with NCMI relating churches in Gauteng regularly.

We have also partnered specifically with several couples who have a proven track record in ministry as well as a number of Christ centered, community focused ministries. 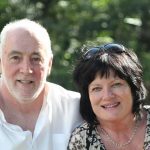 …both originally from Zimbabwe have served in ministry for over 34 years during which time they served in 8 different churches, traveled to more than 33 countries, pioneered missions into Mozambique, Poland and Zimbabwe and led more than 100 open-air crusades.  Their mandate is to take the gospel to the nations through local churches, teaching on salvation, divine healing and revival.

Zach and Ilana Lombard are involved in prophetic training in churches around South Africa as well as ‘Gospel Tsunami’ mission trips to Zululand, Mozambique and other areas in Southern Africa…

Bruce and Gaynor Richter met and married in the 1980s when they were both working in a nightclub in Johannesburg.  Their fairy-tale marriage soon became a nightmare and only God’s grace saved them and their marriage.  Thirty-five years later after twenty-eight years of ministry and planting and pastoring three churches in South Africa, they are presently ministering at churches across the United States. 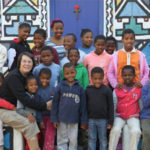 Changing Lives Ministries is a registered Non Profit Organization which provides nurturing and care within a family home setting for children in need.  We provide practical and administrative assistance to the home.

Kingdom Projects is headed up by Nelmarie Eloff who has worked in the community of Hartbeespoort for the past decade.  She provides assistance and counselling through the Trauma Centre at the Hartbeespoort Police Station, and provides practical assistance and support to families in need, the elderly and orphans. She is currently establishing a SETA registered skills development programme and a ministry house from which to operate. Heartlands Church partners with Nelmarie by providing practical assistance, food and clothing and spiritual oversight. 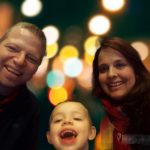 Gawie, Tersia and David moved back to South Africa from serving 4 years in Indonesia among some of the least-reached peoples in the world. They have taken lead of the All Nations Cape Town missions agency and focus on raising up more workers to go to the least-reached places on earth. They oversee the 4 main areas of mobilisation, training, sending and the supporting of workers for the harvest. The vision is to see Jesus worshipped by all the peoples of the earth. The mission is to make disciples and train leaders to start church planting movements among the most neglected peoples on earth.